The Beginner’s Guide to Various Types of Kitchen Layouts 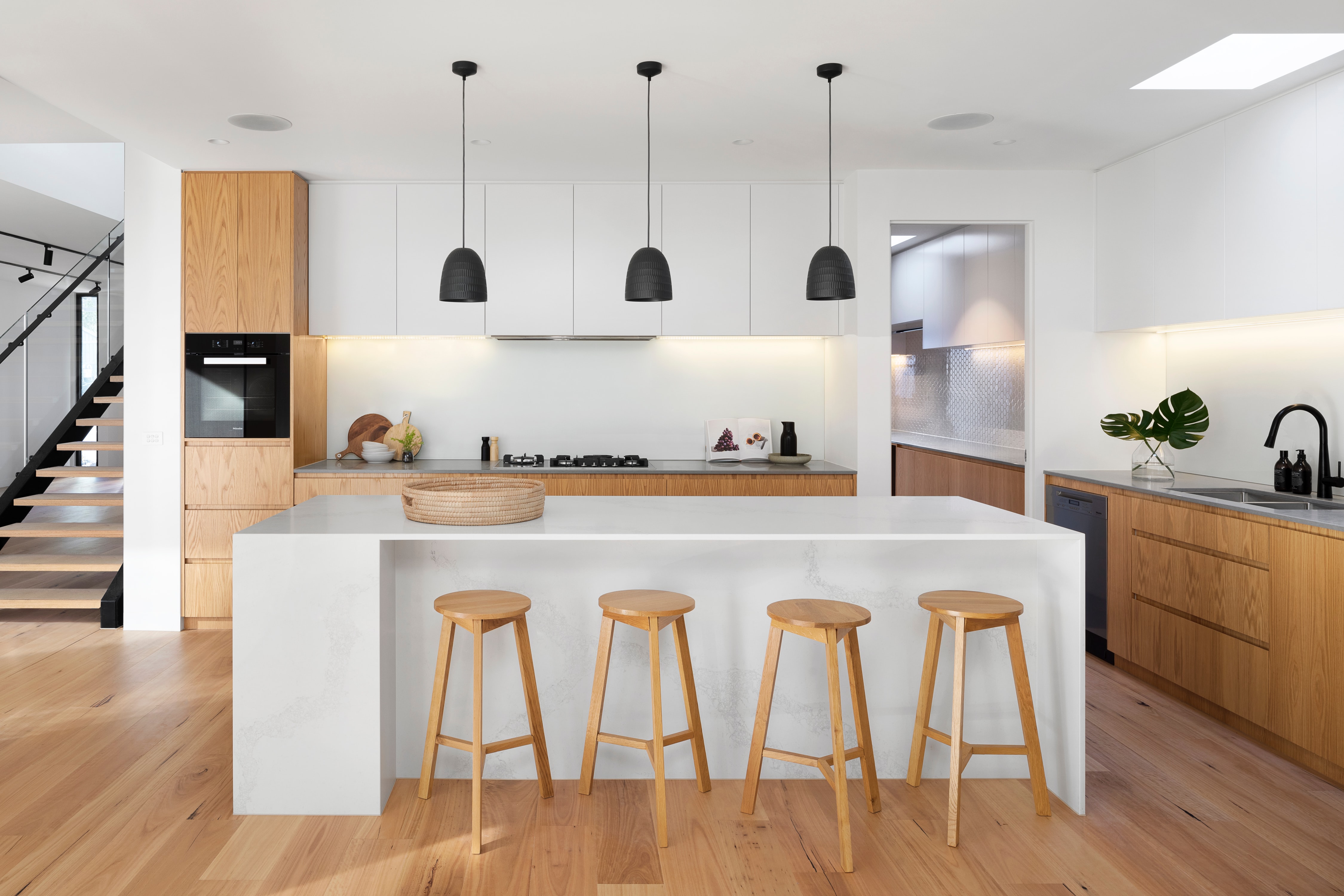 The Beginner’s Guide to Various Types of Kitchen Layouts

The kitchen is arguably the busiest part of the house. After all, it's where meals are prepared, which also gets the most foot traffic. While a kitchen is meant to be functional, that doesn't mean it shouldn't be stylish. For this reason, many homeowners arrange their kitchens in different layouts.

Kitchen layouts arranged strategically can make the room look bigger. Additionally, the layout should be functional. For example, the fridge should never be out of reach, or the sink shouldn't be too far away from the stove. These details, if overlooked, can lead to frustration if someone needs access to the kitchen's elements. Because of this, one must be aware of the different kinds of layouts that can be used in a kitchen. We've listed them down in this article, so read on below to get started.

If you have ample enough space in your kitchen, you might consider making an island modular layout. This layout creates a food preparation hub in the center of your kitchen. Using an island is one of the most popular ways of maximizing space instead of having a table set in the center. This layout is also preferred by people who have a lot of appliances since it allows everyone to have access to food preparation appliances easily.

Another layout that's common in kitchens is the L-shaped modular layout. This is a layout where the kitchen has a corner shaped like an L. This specific layout is also preferred because it allows for a lot of vertical space for food preparation. Vertical space is also preferred by people who want to make the most out of their space.

Compared to the L-shaped modular layout, the U-shaped one allows for more horizontal space. This layout is preferred by people who want to entertain guests comfortably. There should be enough space for everyone to eat. In this layout, it's best to arrange the refrigerator, oven, and stove in a vertical line. It's also ideal for placing the sink below the stove because it's easier to access.

The open modular layout is effective in making the kitchen look bigger. This layout doesn't use a corner and instead places the sinks and stoves in a straight line. People with smaller kitchens prefer this layout. It's best to put the refrigerator at the back of the kitchen instead of the front.

The straight modular layout is ideal for people with a big kitchen. It's also preferred by people who want to make the most of their space. This layout arranges the sinks, stoves, and fridges straight. This is a good layout because it maximizes both vertical and horizontal space.

Alternatively, you can also opt for a herringbone or serpentine modular layout. These layouts use a diagonal line, as opposed to straight lines. Arranging the kitchen in this way creates a more dynamic effect for the space.

Contrary to the straight modular layout, the parallel modular layout uses two lines that run parallel to one another. This layout is preferred by people who want their kitchen to look longer. This is a good layout because the space seems bigger and gives the illusion that the kitchen is longer than it is.

The galley modular kitchen design is designed to mimic a ship's layout. Galley kitchens are very common because they aren't as expensive as other layouts. These layouts are also simple to maintain, as there aren't many parts to the space.

Additionally, the galley layout also allows for a lot of storage space. It's best to place the refrigerator on one side of the kitchen and the stove and sink. This way, the kitchen will be organized, and anyone who uses it won't have difficulty doing so.

These are just a few of the different kinds of kitchen layouts that you can use. Of course, you can always create your own custom layout so long as it's functional. It's best to choose the layout that fits your lifestyle, so you can ensure comfort with your kitchen's function.

Technick provides top-quality services for modern kitchen construction in Anaheim Hills. Our team of experienced contractors will ensure that you’ll get your desired kitchen in your home for an affordable price. Reach out today and allow us to help you!